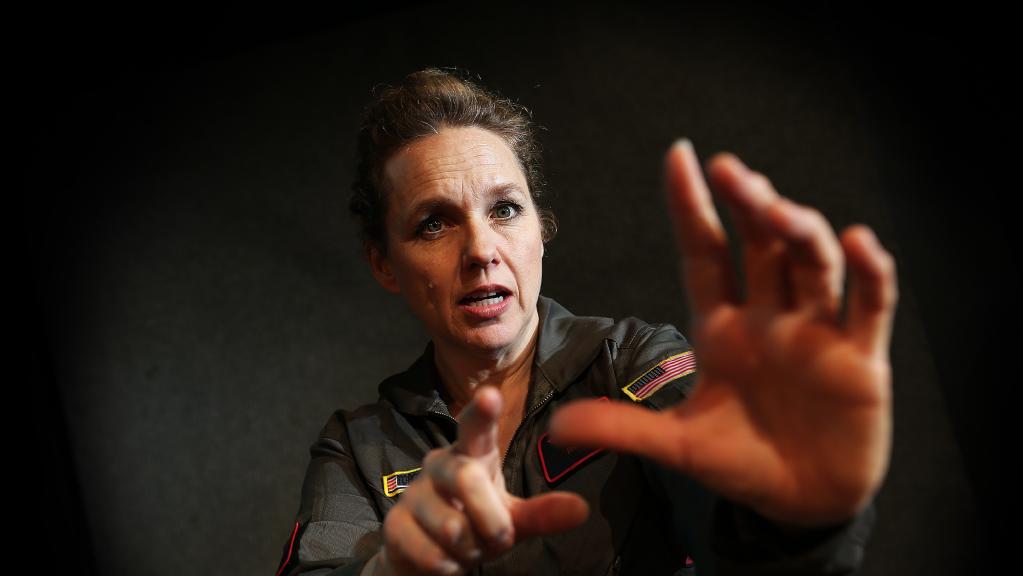 She was an F16 Pilot, a rock star of the sky … but now she’s grounded.

An ace fighter-pilot’s career is ended early due to an unexpected pregnancy. Reassigned to operate military drones from a windowless trailer outside Las Vegas, she hunts terrorists by day and returns to her family each night. As the pressure to track a high-profile target mounts, the boundaries begin to blur between the desert in which she lives and the one she patrols half a world away.

Grounded is one of those plays that grabs you by the throat and won’t let go. It’s a smart, beautiful bit of writing, funny, disturbing, and completely absorbing.

The Guardian, The Scotsman and The New York Times all agree that Grounded is “gripping”.

Blue Cow is proud to produce Grounded for Hobart audiences with a dream creative team. We urge you to see Grounded for what will be a truly memorable performance by an exceptional actor, Jane Longhurst, directed with precision and compassion by Annette Downs.