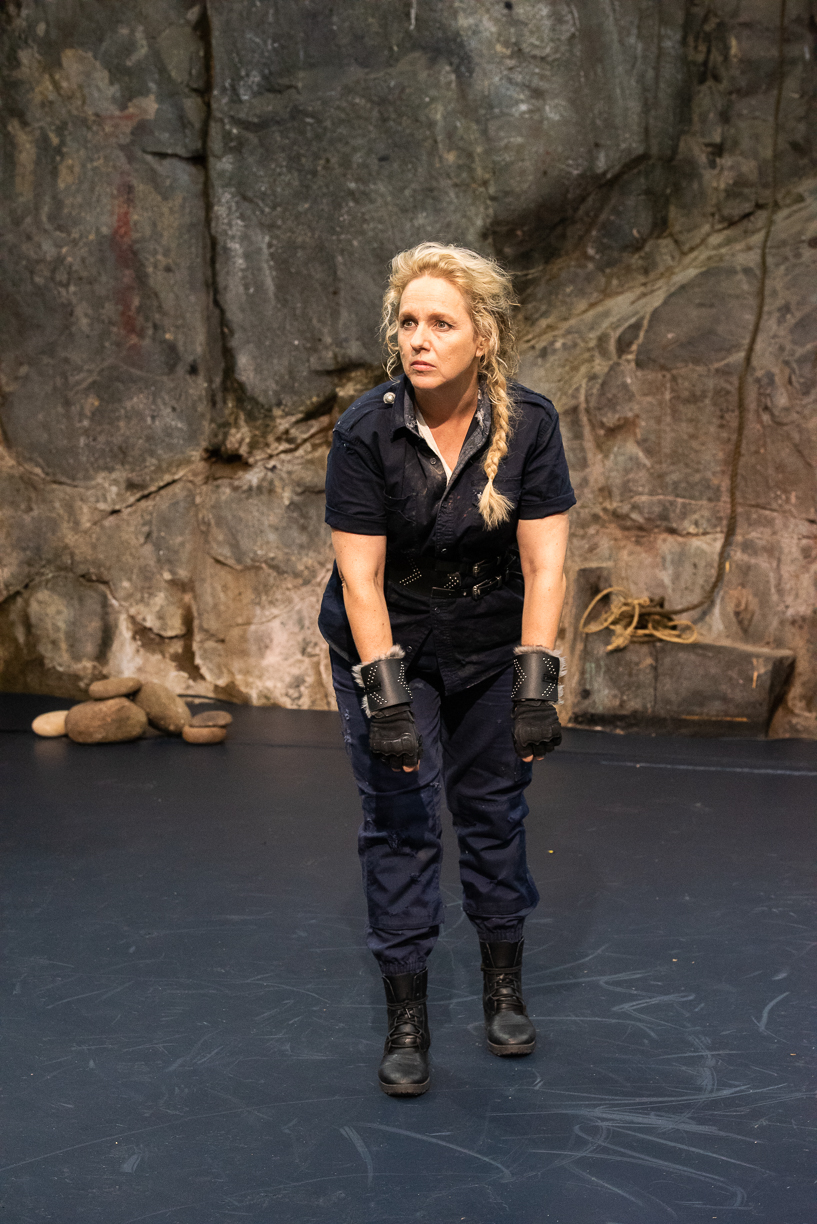 ‘Some of the most surprising performances come from Jane Longhurst and Mel King, two much loved and popular performers on Tasmanian stages. We’ve never seen them like this before. Hardened, complex, layered, brave and simultaneously utterly absorbing and intimidating. Rarely do we see female characters of such complexity on stage’. Kath Melbourne, ArtsHub: Performing Arts Review

‘Jane Longhurst evokes the Mare with skill, with her faraway gaze, distracted swinging head and heavy back and legs. It’s a powerful evocation of equine movement, which suggests that the Mare exists in two worlds at once – in a brightly lit modern dressage arena, and as companion to the mythological female warriors defending their island from the violent incursions of Heracles’ army’. Dr Jane Woollard, The Conversation: Review by The Conversation