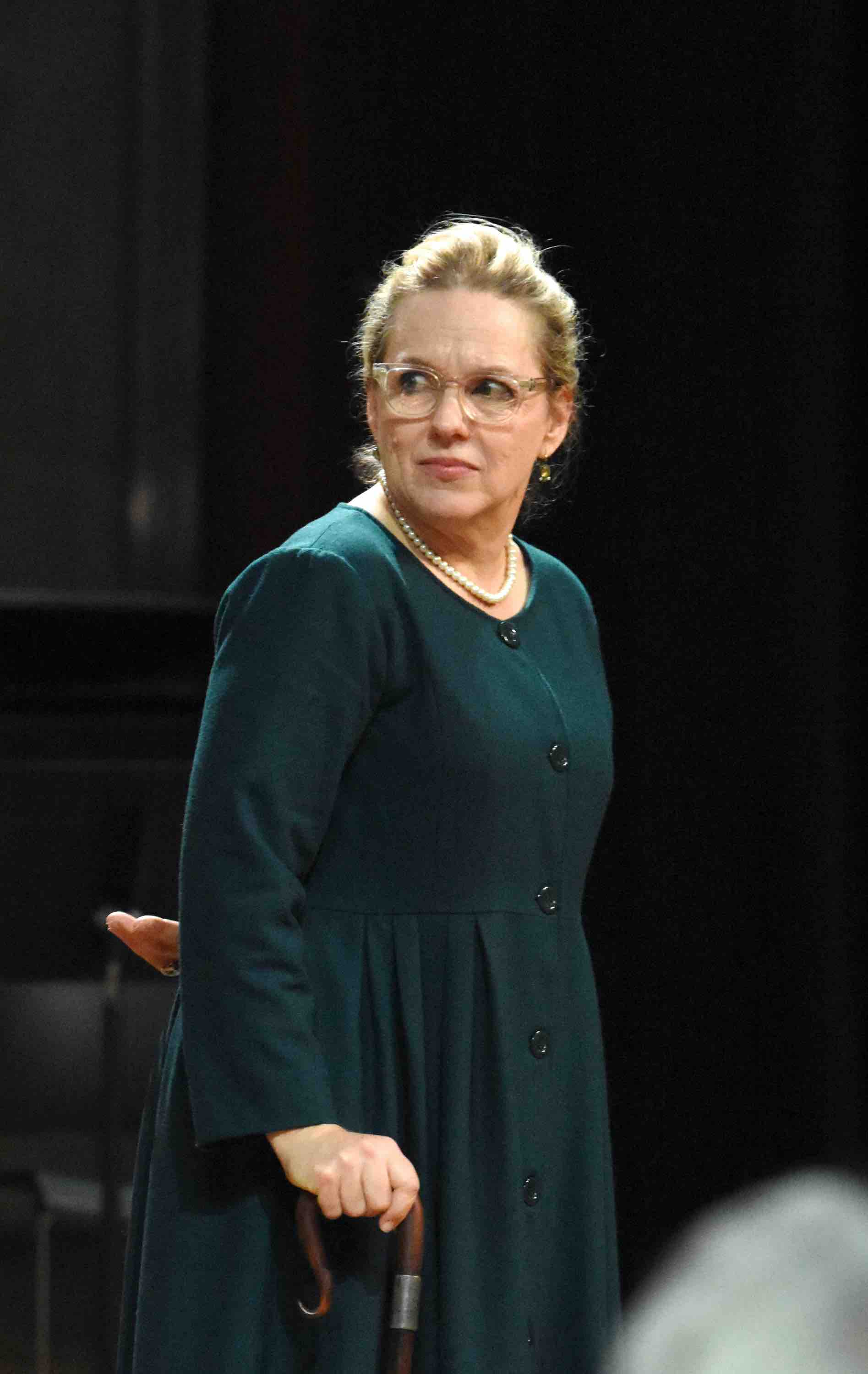 ‘All in all, a beautiful, memorable production’.

The Winter’s Tale is staged in the vast empty Central Gallery of the Tasmanian Museum and Art Gallery; a polished wooden floor, colonial era sandstone walls, and glass cases of specimens of flora, bird skeletons, mineral samples and opalescent beetles.

Into this space the production brings its own exhibits: a grand piano, tables of props, and a multitude of teddy bears beneath strings of festive festoon lights. The production firmly frames the play as a tale: it opens with the youngster Mamillius, in teddy-bear onesie, declaring ‘Once upon a time.’ This simple device eases the audience into a text marked by particularly complex poetry.

Director Robert Jarman has skilfully adapted the play, cutting a third and contemporising the text’s more obscure expressions. The tragedy of the sombre, Elizabethan-tinted first half gives way, post-interval, to a rural Australian scene: an expanse of artificial lawn, country and western gear, and the comedy spiralling from the cast playing a herd of sheep till they erupt into a high-spirited karaoke medley, complete with line dancing.

This production shines through Jarman’s directorial choices, seamless integration of resources, sensitive use of space, sound and silence, construction of exquisite stage pictures, and the overall elegance and generosity of the work. The staging of the tense Trial Scene and sublime Statue Scene, each an echo of the other, is restrained yet thrilling.

The cast of ten presents the complex text with clarity. They deliver evenly pitched performances; each has their moment to shine, and all meld into a solid ensemble.

Rob Maxwell (Leontes) provides a solid if subdued base to the drama, complemented by Sara Cooper (Hermione) whose steely passion in the Trial Scene is the dramatic highlight of the night. Jane Longhurst (Paulina) gives the show fiery heart, and Scott Farrow straddles both the drama and comedy superbly. Matt Stolp is outstanding in the unassuming role of Camillo.

The director guides the show from tragedy to laugh-out-loud comedy to romance, and onto a resolution that has the audience holding its breath. It’s an exquisite finale in which the two lead women, Cooper and Longhurst, in sparse words and looks, express depths of female stoicism, solidarity, and abundant generosity in forgiveness.

All in all, a beautiful, memorable production, and a welcome post-COVID return to large-scale, locally-made live theatre.